Abstract: Tiankengs lie at one extreme of the collapse doline spectrum, and a key question is whether there is a distinctive ?tiankeng process? or whether the distinction is purely morphological. At the opposite end of the doline spectrum, the turloughs of Ireland are broad closed depressions with seasonal lakes. They may be differentiated from poljes by their smaller dimensions, gentler surrounding slopes and processes of formation. In particular, turloughs are only found in areas where there are glacial deposits and are, at least in part, glaciokarstic landforms whereas poljes occur in many climatic zones and their locations frequently demonstrate a structural influence. Turloughs have been recognised by the European Union as special karst landforms with a distinctive vegetation assemblage, although the term is not widely used because, with one exception, they are confined to Ireland. There are clear parallels with ?tiankeng? the majority of which are in China and which are distinguished from collapse dolines by their large size, and special processes of formation. It is argued that the terms ?turlough? and ?tiankeng? should both become established in the karst geomorphology lexicon. 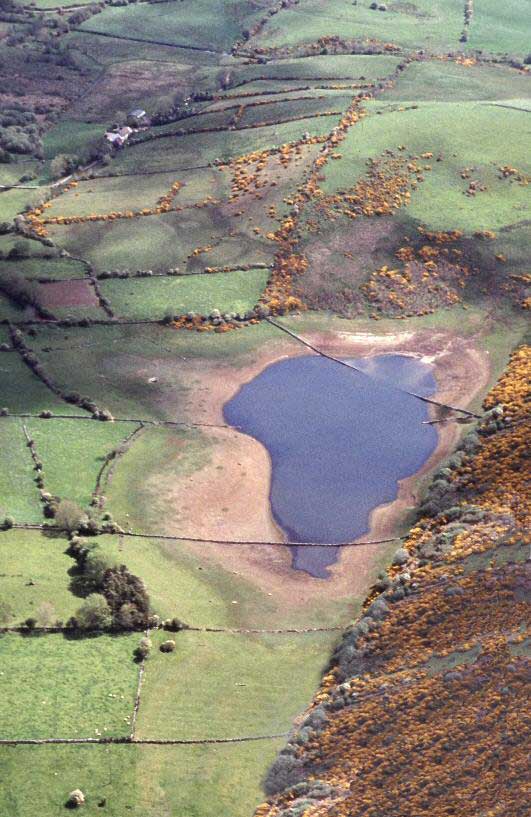 As discussed in other papers in this volume, the term tiankeng (roughly meaning sky hole) is used in Chinese to describe particularly large dolines formed by collapse. Zhu and Chen (this volume) propose that there is a distinction between ‘normal’ and ‘giant’ dolines, and that the term tiankeng should be applied to all of the world’s great dolines, not just those in China. Tiankengs clearly lie at one extreme of the collapse doline spectrum, and other papers in this volume examine the question whether there is a distinctive ‘tiankeng process’ or whether the distinction is purely morphological. The present paper aims to provide some insights from a lateral view of turloughs, which are considered to lie at the other extreme of the doline spectrum, being broad, shallow, depressions that are probably polygenetic in origin.