Strange craters emerging in Siberia due to permafrost melting

Strange craters emerging in Siberia due to permafrost melting

The are believed to be appearing due to explosions of methane gas that is building in the underground layer of ice. The exact details of the process are yet to be discovered but it is already clear that permafrost is a huge natural reservoir of this gas and that the effect of global warming will lead to farther increase of it release to the atmosphere. 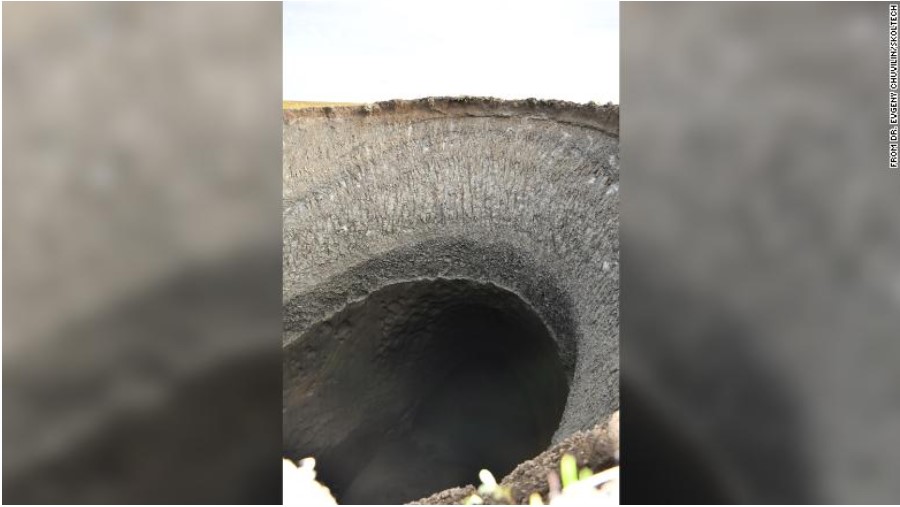 A small cave created by methane blast in Siberian Arctic

Methane is a very potent greenhouse gas, even more effective in trapping heat than carbon dioxide. Experts estimate that permafrost holds twice as much of the methane and carbon as the atmosphere does. The release of these gases would have a very negative impact on the situation with global warming.

Emerging of these craters is a new phenomenon but it is just one of several processes that are occuring now in Arctic's underground. There are ground collapses, disappearances of lakes and formation of new ones instead, erosion of river bends and other. The full picture is still not clear but what we can already see is quite alarming and can have severe consequences the region as well as for the whole planet.