Abstract: This paper considers the different processes that can create vapour pressure above the equilibrium in the cave atmosphere: ascending air parcels, pressure drop behind bottlenecks, mixing of saturated air parcels at different temperatures and water flow fragmentation. These processes are essentially the same as those leading to clouds forming in the open atmosphere, always connected with air movements.

The difference of adiabatic lapse rates of water and moist air creates temperature imbalance between the flowing fluids in deep underground systems, leading to thermal and water exchanges, in which water flow globally subtracts energy from the system. The high purity of caves atmospheres tends to delay condensation. Condensation is concentrated where airflows are in close contact to the cave wall. The rate of aggressive water condensation on the walls is comparable to the external rain and can play a leading role in Speleogenesis.

The troubles with cupolas 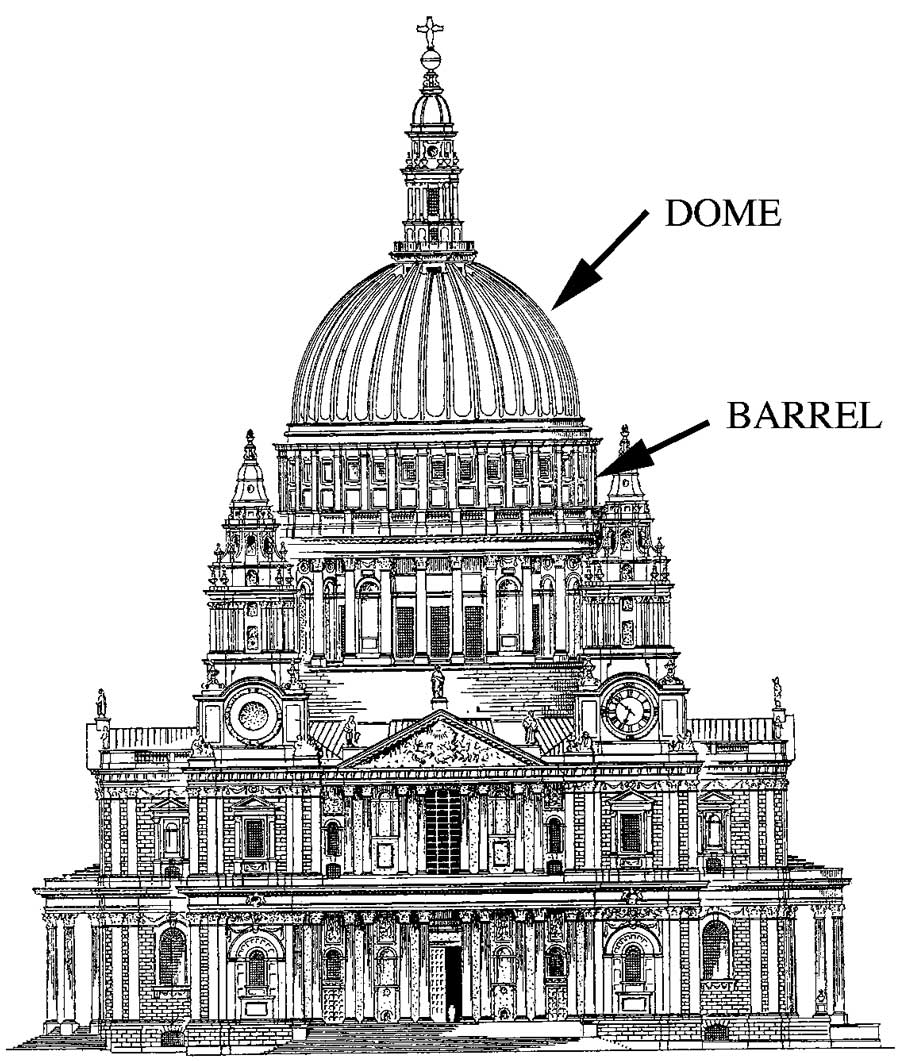 Abstract: Cupolas are dome-shaped solution cavities that occur in karst caves, and have been described in both limestone and gypsum karst. While there has been considerable discussion in the literature concerning the likely origin and significance of these features, there has been little in the way of detailed description of the features themselves and little attention has been given to the definition of the term. Consequently, there are a number of troubles with cupolas: - What is a cupola? Where do cupolas occur? What are cupolas like? Do cupolas occur with particular types of speleogens? Are Cupolas features of Ceilings or features intersected by ceilings? How do cupolas form? But how can these troubles be resolved? Tentative answers are given here to many of these questions but a great deal of basic field observation and theoretical work is required to solve them. The most important step would be more field observation and measurement of cupolas and of the particular suite of speleogens that occur with them. The troubles with cupolas can be solved and in the process we will come to understand a great deal more about the unusual caves in which they occur.

Read more: The troubles with cupolas

Temperature distribution in karst systems: the role of air and water fluxes

In temperate regions, water circulations are usually high enough to completely “drain out” the geothermal heat flux at the bottom of karst systems (phreatic zone). A theoretical approach based on temperature measurements carried out in deep caves and boreholes demonstrates however that air circulations can largely dominate water infiltrations in the karst vadose zone, which can be as thick as 2000 m. Consequently, temperature gradients within this zone are similar to the lapse rate of humid air (~0.5°C/100 m). Yet, this value depends on the regional climatic context and might present some significant variations.

Abstract: Understanding past environmental changes in tropical rainforests is extremely important in order to assess the response of such environments to present and future climatic changes and understand causes and the present patterns of biodiversity.

Earlier hypothesis on the origin of biodiversity have stressed the role of past climatic changes in promoting speciation. According to the “refuge hypothesis” (Haffer, 1982), dry periods could have led to forest fragmentation, isolating more humid forested zones (called refuges) within an environment largely dominated by savannas. The refuge hypothesis does not assign timescales for rainforest fragmentation, although recent studies have suggested that speciation could have occurred over timescales of millions of years (Knapp and Mallet, 2003). Although the focus of heavy criticism (Colinvaux, et a., 2000), the refuge hypothesis has generated a large amount of research. In general, pollen studies (Colinvaux, et a., 1996, Haberle and Maslin, 1999) tend to support a continuous forest cover throughout late Quaternary climatic shifts, although large variations in rainfall have also been demonstrated by other pollen and isotopic studies (van der Hammen and Absy, 1994; Maslin and Burns, 2000).

Amazon and Atlantic rainforests are the two major forested zones in South America. Amazon rainforest, the largest rainforest in the world, comprise a total original area of 4.1 million km2 and is renowned for hosting the large biodiversity in the world (30% of all the world’s known plant and animal species). Atlantic rainforest, also a biodiversity hotspot, occurs along the coast and has been subjected to heavy deforestation since European arrival. Nowadays only c. 7% of its original forested area of 1.3 million km2 remains. These two rainforests are separated by drought-prone semi-arid northeastern (NE) Brazil. Our study does not address the refuge hypothesis directly although it sheds new light on the dynamics of forest expansion in the past as well as indicates alternative ways of promoting speciation. It has long been hypothesized, due to botanical (Mori, 1989; Andrade-Lima, 1982) and faunistic (Costa, 2003) similarities, that the Amazon and Atlantic rainforests were once linked in the past. Although numerous connecting routes have been postulated (Bigarella, et al, 1975; Por, 1992; De Oliveira, et al, 1999), the timing of forest expansion and their possible recurrence have remained elusive.

Prehistory and coastal karst area: Cosquer Cave and the "Calanques" of Marseille

Abstract: The Cosquer Cave is a French Palaeolithic painted and engraved cave (27.000-18.500 BP), which is located under the sea, in the Urgonian limestones of Cap Morgiou (?Massif des Calanques?, Marseille). The entrance was submerged at the end of the Last Glacial Stage and is presently 37 m under sea level. A synthesis about the Cosquer Cave environmental studies is presented here. Structural studies show that caves planimetry is determined by Cap Morgiou jointing (mainly NW-SE and N-S vertical faults). Through archaeological studies, a speleothem breaking period can be dated between 27.000 and 18.000 BP. Geomorphologic study of the continental shelf at the foot of the Cosquer Cave area shows fossil shorelines at -36 m, -50/55 m, -90 m, -100 m depth. Radiocarbon dating from shells collected in -100m sediments yielded a date of 13.250 BP. Direct scuba diving observations and submarine cliff profiles sket¬ching show several eustatic still stand¬ levels between -36m and the current sea surface indicating a probable tectonic stability during the last 10.000 years.

The 16th Sinkhole Conference: Register and Help the People of Puerto Rico!

in Miscellaneous by Super User
As written at the top of this news message, our friends in Puerto Rico have told us that the best way you can help the people of the island recover is go to Puerto Rico. We hope you register for the Sinkhole Conference, not simply because we believe it will be a great experience for you, but also because we truly believe it will help these people who have suffered greatly from natural tragedies over the past few years. If you register now and wish to give a presentation, you still have the opportunity. Sign up for Karst Clips, a lightning talk-style session where you can update everyone on…

Call for the 2020 EuroSpeleo Protection Label

in Miscellaneous by News Manager
Dear Caving Friends, The European Speleological Federation (FSE) and its European Cave Protection Commission (ECPC) is very pleased to announce the launching of the 2020 Call for the EuroSpeleo Protection Label. Please find enclosed the application form (deadline for applications 15 June 2020). You can also find the application form on the FSE website: http://www.eurospeleo.eu/en/commissions-en/cave-protection/ecpc-activities/eurospeleo-protection-label.html The aim of the EuroSpeleo Protection Label is to support active cave protection in the speleo clubs, committees, national commissions,…

in Miscellaneous by News Manager
The France HABE Prize is awarded by the Department of Karst and the Cave Protection of the International Union of Speleology (UIS).Its purpose is to promote the protection of karst and caves for generations to come. Their natural legacy are proven sources of increasingly rich information about the history of our planet and humanity, enabling people to act more thoughtfully, efficiently, and sustainably for the future of our environment. The prize is named in memory and honor of Dr. France HABE (…10/12/1999) of Slovenia (Yugoslavia), who among his other many accomplishments served as President…